Chevy Trucks for Sale in Ontario

Home|Articles|Chevy Trucks for Sale in Ontario

Founded by Louis Chevrolet, the Chevy brand has become one of the most recognizable and popular vehicle makers in the entire world. Since 1921, Chevy is responsible for producing over twenty million trucks and cars. Chevy is a brand that is always evolving to keep up with the latest technological advances made in the automotive field. In 2011, Chevy ranked as the number one brand of vehicle in the United States. Since the Chevy brand first hit the market, it has been growing in popularity like wildfire, and it is easy to see why. The quality the Chevy brand brings forth is what keeps customers coming back as new models roll out. While Chevy brand is known for making affordable vehicles, there is nothing wrong with seeking out a deal. If you are looking for the best rates on new and used Chevy models, you need to reach out to Finch Auto Group.

Chevy Trucks for Sale in Ontario

The best place to look for Chevy trucks for sale in Ontario is at Georgetown Chevrolet. We have a wide selection of Chevy trucks that are sure to meet your needs and budget. Finch Auto Group has a long history of providing quality new and used cars to multiple locations in Ontario. Our online showroom has a well-rounded selection of vehicles to choose from, including many Chevy models. Chevy is made to be a tough, long lasting brand, which is one of the reasons we proudly offer Chevy models at Finch Auto Group. We only want to sell cars and trucks that are made with the finest craftsmanship. Since Chevy has such a long history of providing superior products, we are proud to sell Chevy brand vehicles to our customers. At Finch Auto Group, we have multiple dealership locations where you can find the best Chevy vehicles.

Famous Facts About the Chevy Brand and its History

Nearly two thirds of the roads in the world have Chevy models driving on them. If all of the Chevy models sold in 2010 were put in a straight line bumper to bumper, they would create a line that could cover over fifty percent of the circumference of the world. That means that Chevy models could make a line halfway around the entire globe, which is pretty amazing. The Chevy emblem that is known across the world is a bowtie symbol. The bowtie emblem didn’t become a staple in every Chevy model until 1913. GM acquired Chevrolet in 1918, but the quality didn’t waver.

If you are in the market for a quality Chevy truck, you need to visit us at Georgetown Chevrolet. Contact our sales agents to learn more details about our line of Chevy trucks and cars. Our team is willing to go the extra mile to ensure you receive the utmost care while shopping for a new Chevy truck. We can help you get a great deal on a quality Chevy model that will last for ages. 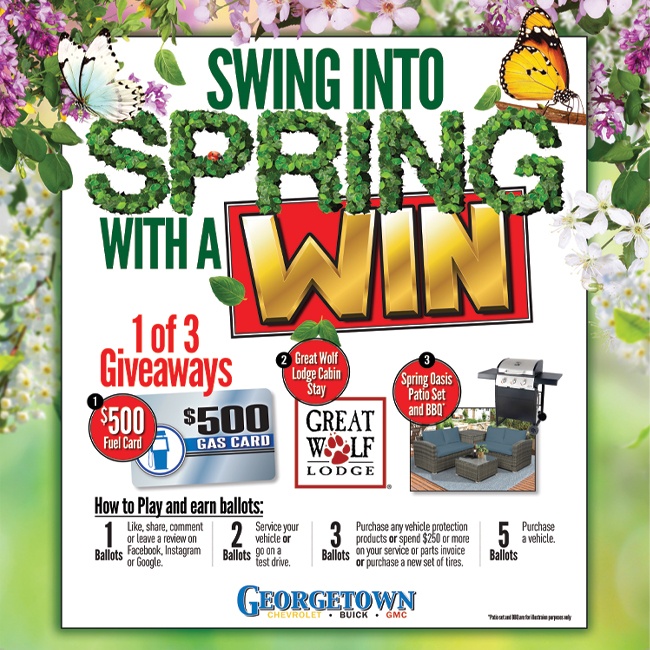